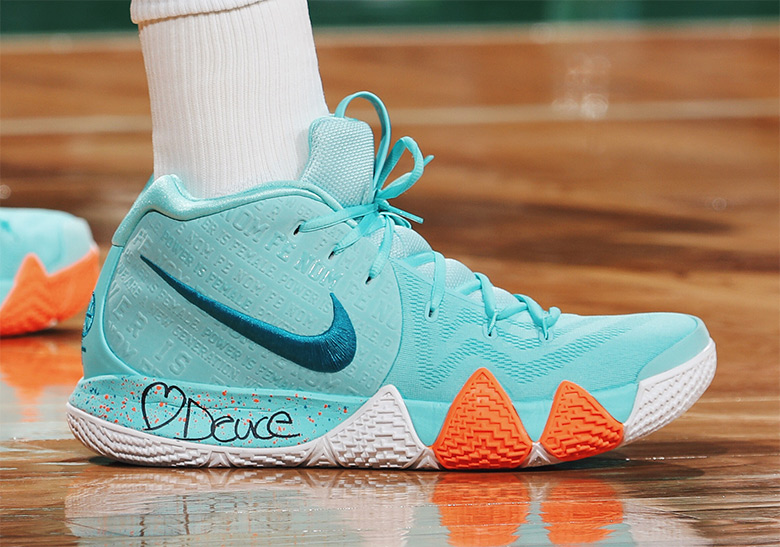 Kyrie Irving’s presence was sorely missed during the Eastern Conference Finals, but his footwear wasn’t MIA by any means. This “Power Is Female” colorway of turquoise and orange was sported by the rookie phenom Jayson Tatum, who in a losing effort showed his superstar promise throughout the entire NBA Playoffs. If you’re a fan of the Kyrie 4 “Power Is Female”, there’s some good news – these are expected to hit Nike Basketball retailers on June 15th. Peep a closer in-game shot of the shoes below and stay tuned for more Kyrie 4 release dates as the Summer hooping season continues to heat up. 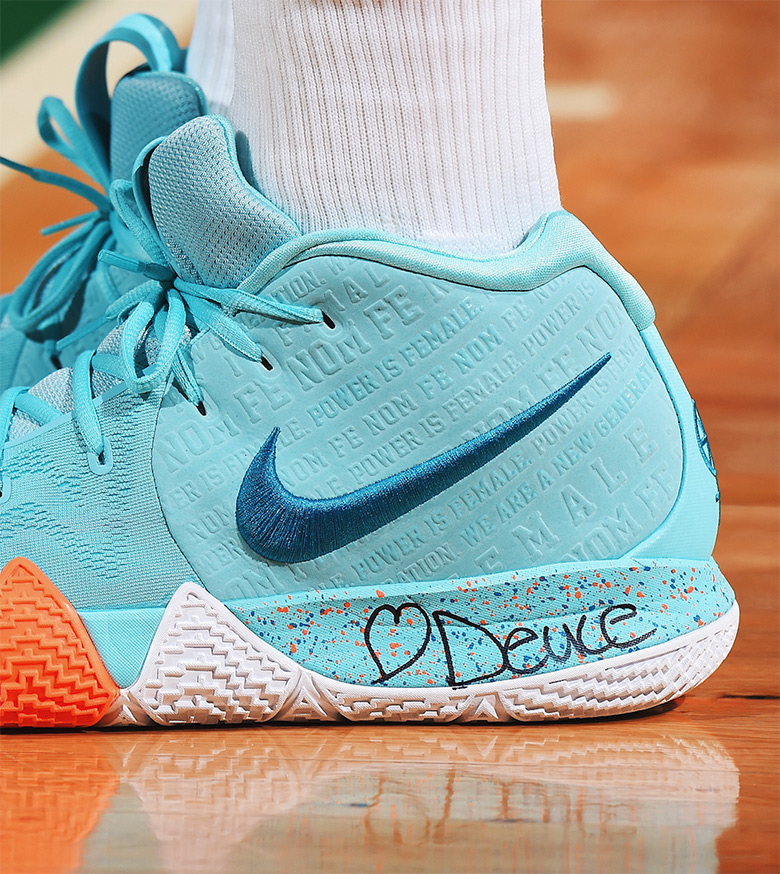 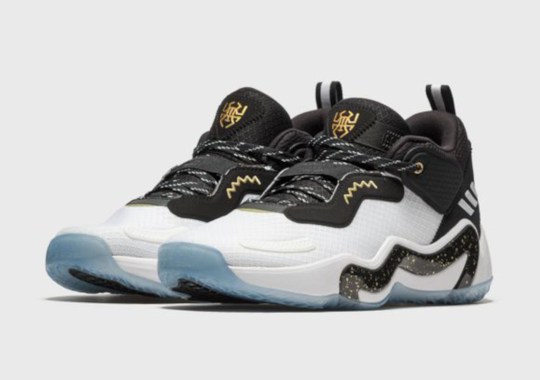 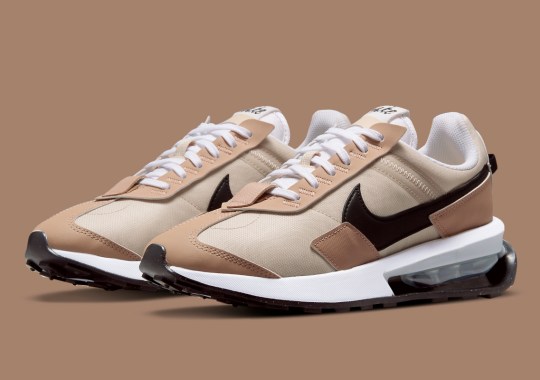